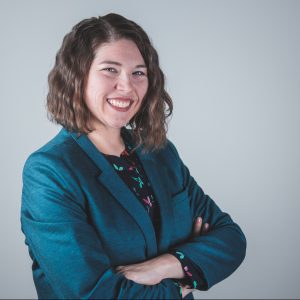 I discovered a passion for communications in college, quickly deciding to pursue a journalism degree. After graduating with honors, I moved to Northern Virginia to apply those skills as a writer and editor in the D.C. area.

In 2019, I moved to Denver seeking the majesty of the mountains and my next professional adventure.

As Director of Communications for Mountain States Legal Foundation, I led communications efforts including the creation of an editorial calendar to ensure the quarterly newsletter, monthly letters to donors, emails and other projects were completed on time.

Samples: Profile of H.A. Dave True, Jr., a press release for a Southwestern grazing case, a case page for an Amicus filing, a round up of 2019 victories, the 2019 annual report and two client videos.

First as an Assistant Editor and Analyst, and later as Asst. Managing Editor for MRC Business, I monitored news coverage of a variety of economic and business issues in looking for bias and inaccuracies, wrote short and long form content, and helped train writers and interns. I also oversaw daily content production, from concept to publication.

A four-part series exposing media misinformation on BPA dangers, the PR agency behind it and activists promoting it.

As a freelance reporter for World Digital since 2013, I write weekly about international issues related to religious persecution. These appear in the World Tour column that is published on Fridays. My stories covered diverse issues including blasphemy laws, refugees, attacks by terrorist groups including ISIS, Boko Haram and Al-Shabaab, protests, kidnappings, forced marriages and legislation that would harm religious minorities.

After leaving full-time employment with MRC Business, I became a contributor to Newsbusters for MRC Culture exposing bias and inaccuracy in popular television shows.

Julia A. Seymour is a talented and versatile communicator now based in Denver, after 14 years working in the D.C. metro area.

Please reach out if you’re looking to improve or expand communications for your non-profit or business.